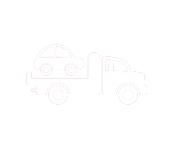 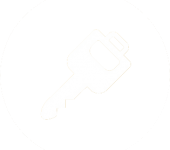 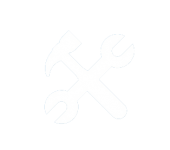 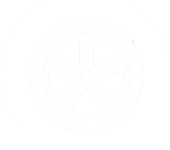 Will there ever be a time when every vehicle on every road across the globe is autonomous? Or are self-driving cars too expensive, impractical and — frankly — unnecessary to become so ubiquitous?

Decision seems split, though interest in the technology remains high. Two recent stories added to the discussion in fascinating ways: one speculated on the increased congestion charges driverless cars may inspire, while the other covered startup Aurora Innovation’s securing of vital funding.

However, while research and development is still ongoing, self-driving cars feel very far from actually hitting our roads anytime soon. And for some of us, that’s not a problem. In fact, it may even be celebrated.

When Autonomous Cars Rule the Road

The truth is, it’s easy to see how the idea of filling highways with thousands of autonomous vehicles could be considered a little unnerving.

We’ve all seen how technology has crept into many aspects of everyday life for better and worse, transforming how we communicate, how we date, how we shop, how we consume media. It often feels intrusive, even oppressive. Just look at the thousands of Generation Z people leaving social media because it makes them feel unhappy or as if they’re ‘missing out’.

But one other area in which technology has made a massive impact, and one with a direct life-or-death consequence, is our driving habits.

The Flaws of Cutting-edge Technology

Do you remember a time before GPS made navigating unfamiliar towns and cities so much easier? Can you still picture those complex paper maps, straining your eyes as you tried to find your current position?

It’s easy to take GPS and navigation aids for granted today, but when you think back to how confusing and time-consuming driving used to be, you may just feel more appreciative of your TomTom.

But let’s not pretend GPS is without faults. Research shows navigation assistants can have a negative impact on brain activity, essentially making drivers think less than they should while at the wheel.

Think about it: a GPS device or navigation app on your phone provides you with audio directions, so you don’t even need to actually check the screen for visual guidance. You can effectively put yourself on auto-pilot and let the technology do the thinking for you, potentially dulling your awareness of your surroundings.

As a result, you may be less alert than you should be — and pose a greater risk to yourself, your passengers and other drivers.

Self-driving cars, on the other hand, would remove much of the risk of human error. For example, we all know an exhausted driver making a long commute is a danger to themselves and others. The National Highway Traffic Safety Administration estimates that around 72,000 crashes, 44,000 injuries and a shocking 800 deaths were caused by drowsy drivers in 2013.

Self-driving cars would change all this. Anyone who felt too tired to drive safely could close their eyes and take a nap while the AI ferried them to the office instead. There would be no need to worry about staying focused, about missing signs or turn-offs. You would just sleep or relax until you reached your destination.

This would save lives and make the roads safer for everyone. And that’s not to mention truckers who spend hours upon hours at the wheel, or bus drivers. Both could afford to take breaks and give their eyes a rest if their vehicle had the ability to keep itself on track safely.

But self-driving cars aren’t likely to be cheap. Experts believe the cost of outfitting a self-driving car to be as much as $250,000 per vehicle, which means retail prices would be well beyond millions of customers’ range.

That means autonomous cars would actually only account for a tiny amount of vehicles being used. Drivers who constantly sat at the wheel knowing they could fall asleep would still be dangerous to others. Truckers working for companies without the funds to upgrade their fleet might still fail to take a break due to schedule pressures.

All this means that, while self-driving cars will transform driving habits for those who can afford them, that commute to work will probably remain the same for the rest of us. Towing companies, GPS, navigation apps and everything else we’ve come to depend on will still be just as crucial for a while yet. And that’s not an unpleasant thought.